ICEMAK Ltd export-import Skopje is family-owned company, owned by the family Anchovski, and continues to be managed by the descendants of the founder and current co-owner, Mr. Doncho Anchovski. The Company is managed on a long-term basis to maintain enduring profitable growth.

The company ICEMAK was established in 2004. The construction of the plant started in 2006 and already in 2008, the factory was built and ICEMAK obtained all necessary production licenses from the Government of the then Republic of Macedonia.

At the very beginning, in 2008, the company started with production of weather modification products, i.e. production of pyrotechnics for anti-hail missiles, and already in 2010 the factory was equipped with a plant for production of the irritating non-lethal ammunition. In 2012, the company receives a license from the Government of the Republic of Macedonia for import, export and brokerage with all kinds of Weapons and Military Equipment.

ICEMAK currently operates in three fields. The first and main activity is the production of non-lethal ammunition and other pyrotechnics, designed for the needs of the modern Police units and Armies around the world. ICEMAK activities cover all aspects, from product design to production, including supply, transport and support. ICEMAK’s portfolio includes over 40 products which have been researched and developed at its own plant, approved by the Macedonian Army and Police, and have applicability to the peace forces of the United Nations, and various other Armed and Police forces within several regions of the world. ICEMAK has partnered with some of the most respected firms around the world to elevate its expertise and bring to its customers every element of success to one place.

The second field is import, export and brokerage with all kinds of Weapons and Military Equipment. ICEMAK has good cooperation with producers and suppliers in the field of the production of arms and dual use goods from Bulgaria, Ukraine, Russia, Czech Republic, Republic of Slovakia, Serbia, Hungary, Romania, Poland etc.

ICEMAK Ltd is specialized in the following activities:

1) DECISION No. 55/2, on issuing consent for carrying out production of arms and military equipment. Enables the company to produce items in its facilities, in accordance with the common Military List of the European Union, as follows:

2) DECISION No. 143/1, Enables the company to carry out trade (import, export and brokering) of any kind of weapons and military equipment.

The company / factory has an excellent strategic location and is located only 8km from the capital of the Republic of Northern Macedonia, 6km from the E75 motorway, and only about 18km from the country's main airport. 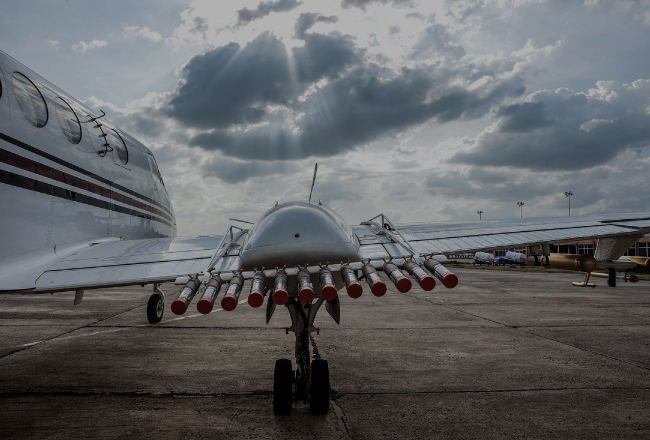 Our professional team is ready to answer all the needs of our customers and have knowledge to modify all our products to all the extremes that will satisfy even the most difficult tasks! Core values of quality, reliability and innovations will continue to direct our team of scientist, engineers and technicians to lead the way to develop new defense and weather modification product.

PLEASE FILL YOUR EMAIL BELOW